2.Staff of House Democrat @AdamSchiff wrote to Twitter quite often, asking that tweets be taken down. This important use of taxpayer resources involved an ask about a “Peter Douche” parody photo of Joe Biden. The DNC made the same request:

Sloppy Joe is trending. I wonder if it's because of this. You can tell it's a deep fake because Jill Biden isn't covering for him. pic.twitter.com/LMzx7fpMaP 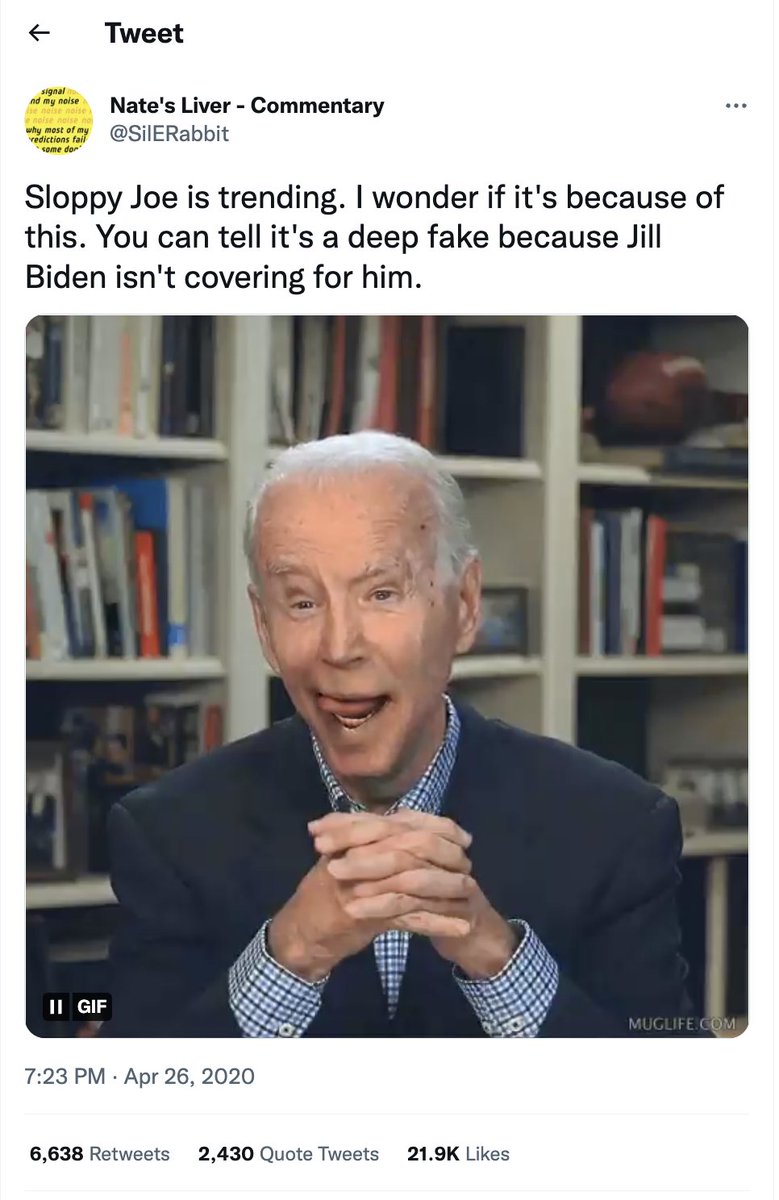 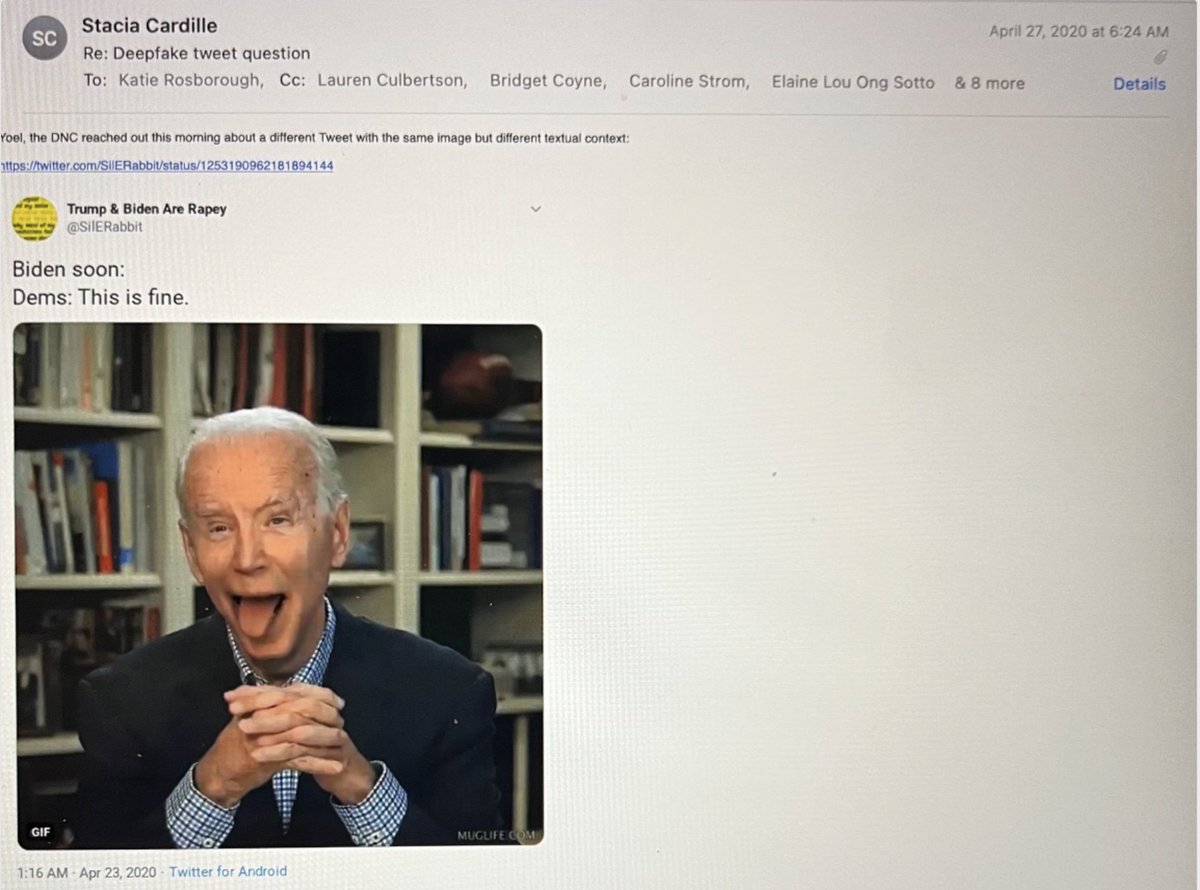 3.The real issue was Donald Trump retweeted the Biden pic. To its credit Twitter refused to remove it, with Trust and Safety chief Yoel Roth saying it had obvious “humorous intent” and “any reasonable observer” – apparently, not a Schiff staffer – could see it was doctored.

4.Schiff staffer Jeff Lowenstein didn’t give up, claiming there was a “slippery slope concern here.” 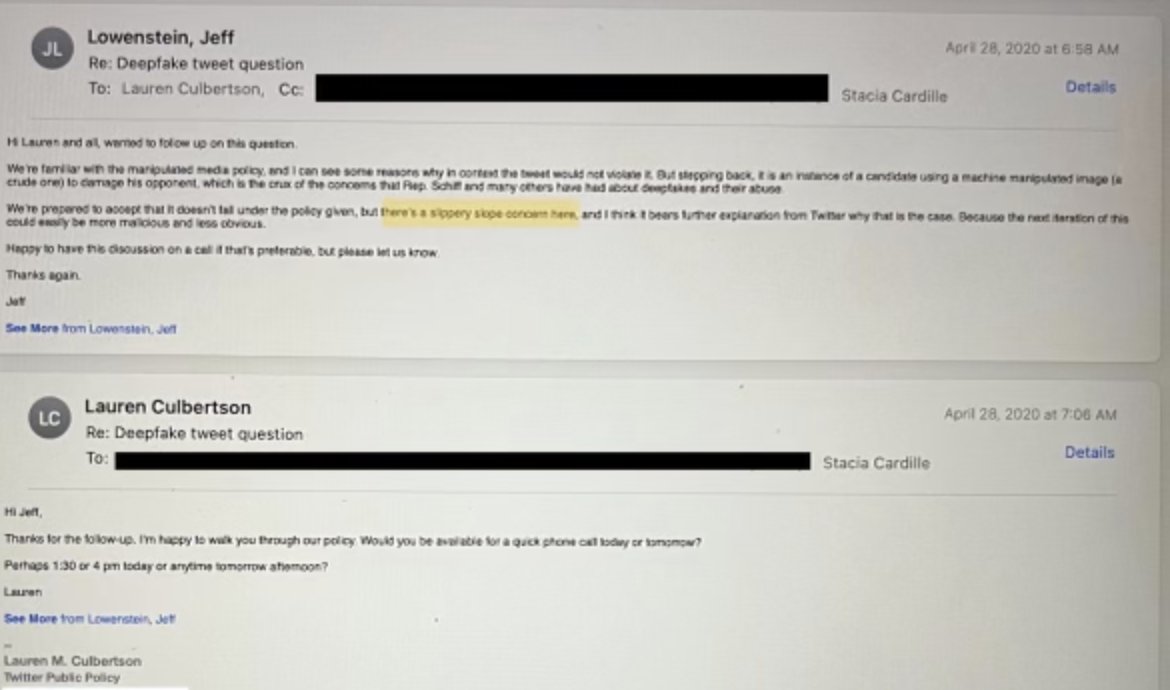 5.Twitter also refused requests for bans of content about Schiff and his staff, e.g. “complete suppress[ion of] any and all search results about Mr. Misko and other Committee staffers.” Twitter said this would not be “conceivable.”

6.Even when Twitter didn’t suspend an account, that didn’t mean they didn’t act. Schiff’s office repeatedly complained about “QAnon related activity” that were often tweets about other matters, like the identity of the Ukraine “whistleblower” or the Steele dossier: 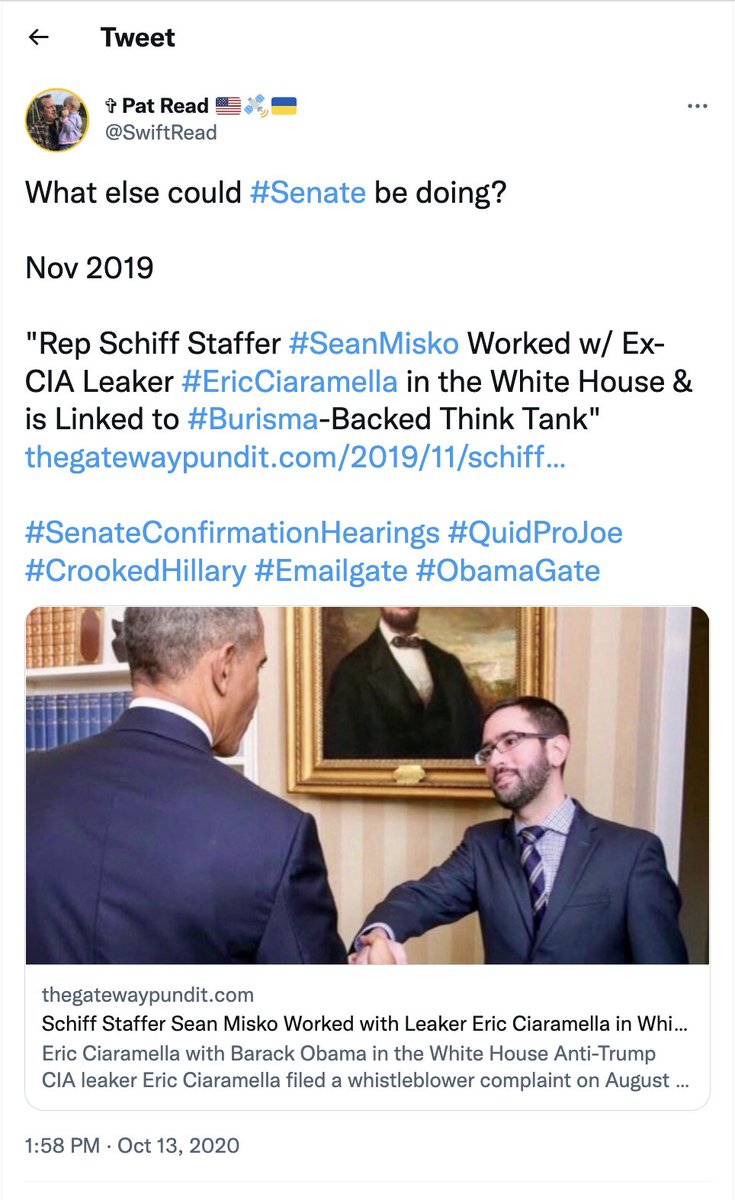 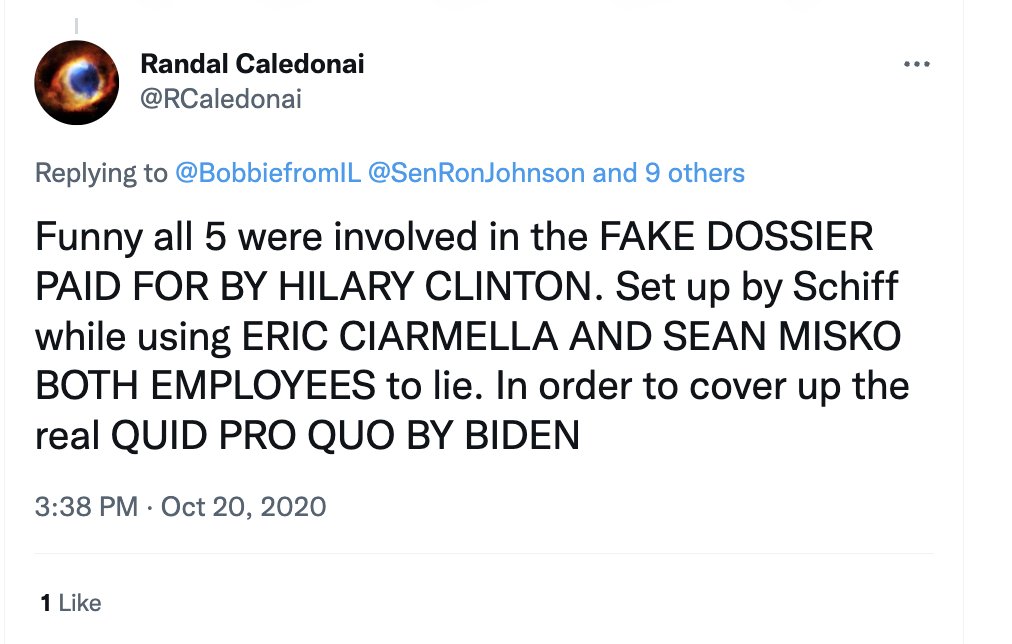 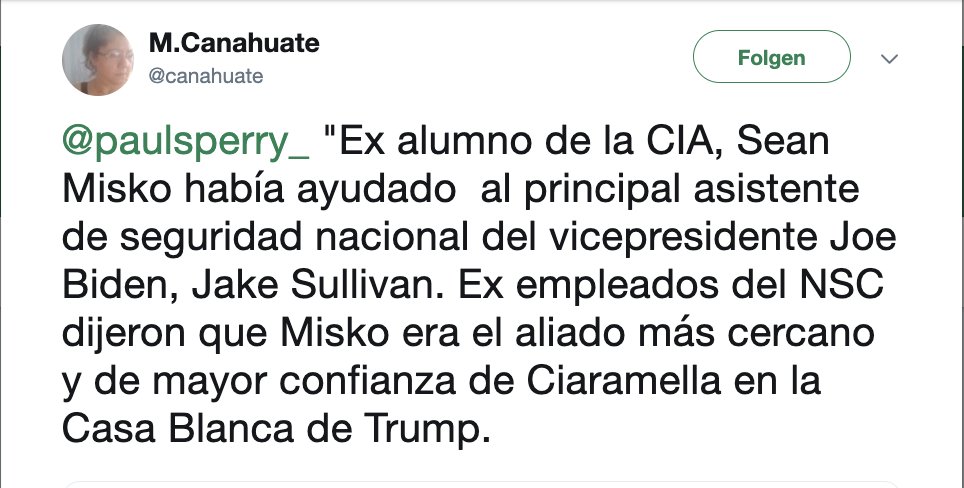 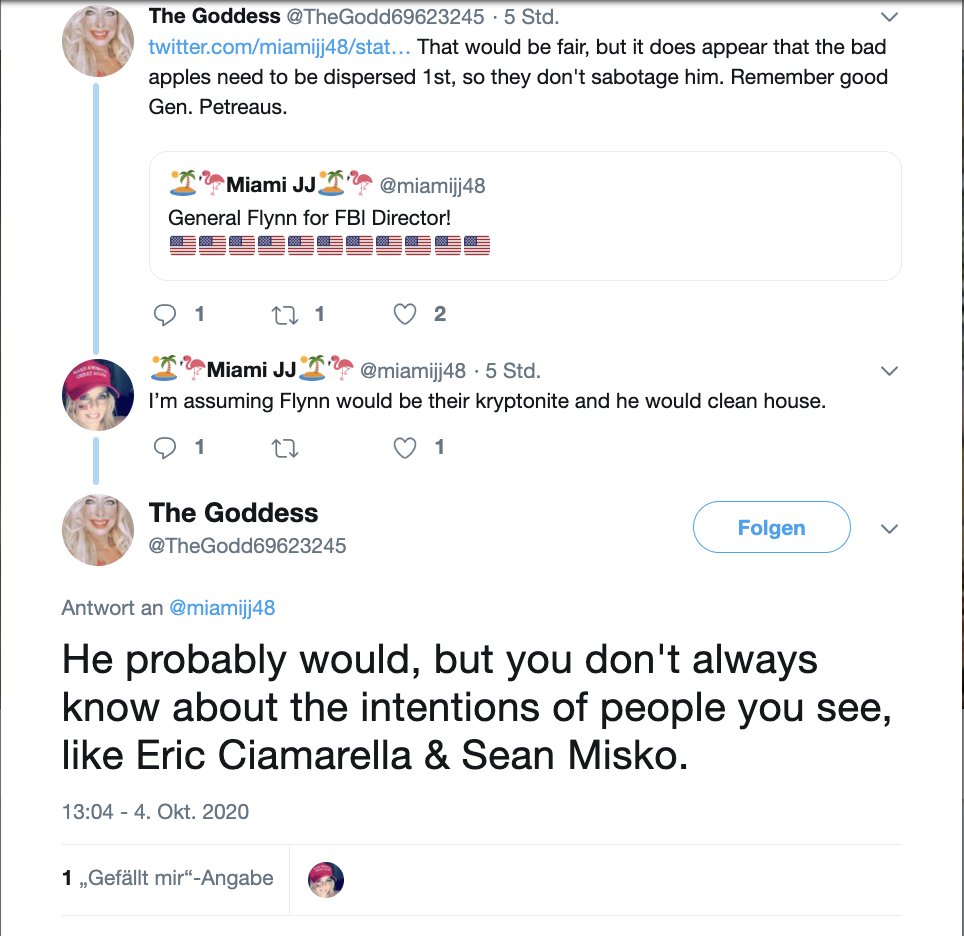 7.Twitter policy at the time didn’t ban QAnon, but “deamplified” such accounts. About the batch of tweets that included those above, Twitter execs wrote: “We can internally confirm that a number of the accounts flagged are already included in this deamplification.”

8.Schiff’s office had a concern about “deamplification,” though: it might make it harder for law enforcement to track the offending Tweeters.
9.“WE APPRECIATE GREATLY”
“We are curious whether any deamplification measures implemented by Twitter’s enforcement team – which we appreciate greatly – could… impede the ability of law enforcement to search Twitter for potential threats about Misko and other HPSCI staff.” 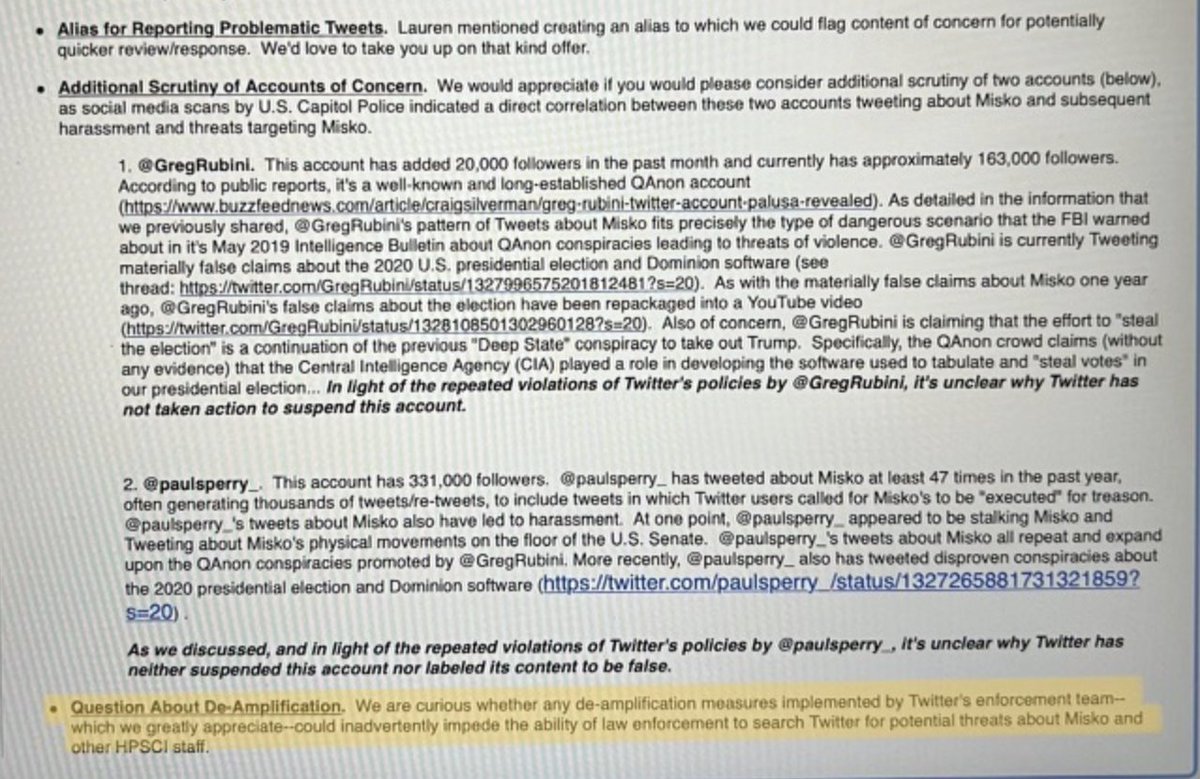 Twitter had no editorial input. Searches were carried out by third parties, so the documents could be limited.