In the prediction section of the recent Twitter discussion {Go Deep} CTH mentioned the reason and unspoken motive behind a prediction that multinational corporations would start to pull their advertising money from Elon Musk. 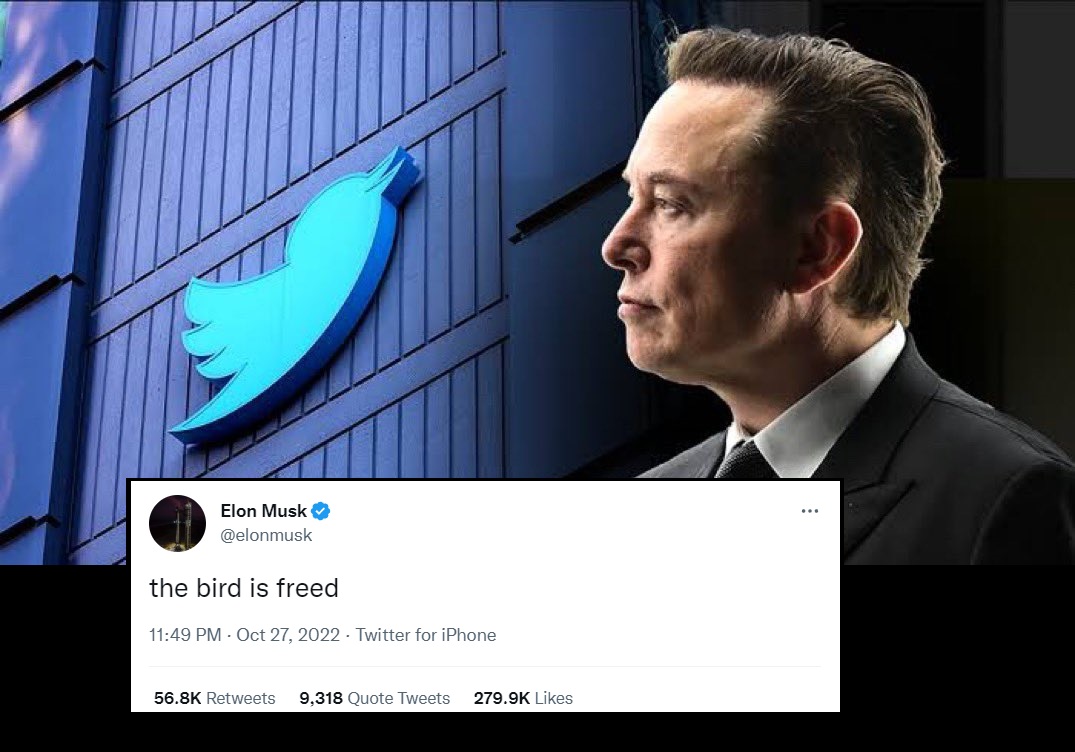 We are simply in an era where there is no distinction between the WEF guidance for multinational corporations and the instructions toward governments’ they support.  Free speech and freedom of expression are against both their interests.

Multinational corporations are political entities.  The former distinctions between the private and public sector have been purposefully erased.  Evidence can be found in the vaccination mandate and within corporate responses to voter outcomes during elections. {Go Deep}

As predicted, it begins….

(Via Wall Street Journal) – Food company General Mills Inc., Oreo maker Mondelez International Inc., Pfizer Inc. and Volkswagen/Audi are among a growing list of brands that have temporarily paused their Twitter advertising in the wake of the takeover of the company by Elon Musk, according to people familiar with the matter.

Some advertisers are concerned that Mr. Musk could scale back content moderation, which they worry would lead to an increase in objectionable content on the platform. Others are temporarily halting their ads because of the uncertainty at the company as top executives exit and Mr. Musk considers a raft of changes, some of the people said.

Kelsey Roemhildt, a spokeswoman for General Mills, whose brands include Cheerios, Bisquick and Häagen-Dazs, confirmed the company has paused Twitter ads. “As always, we will continue to monitor this new direction and evaluate our marketing spend,” she said.

Several ad buyers say they expect the number of brands pausing Twitter ads to rise. They say that the platform isn’t considered a must-buy for many advertisers, with far larger budgets going to tech giants such as Alphabet Inc.’s Google and Meta Platforms Inc., and that pausing makes sense during the bumpy transition under Mr. Musk.

Many executives on Madison Avenue are uneasy with the rash of sudden executive departures from Twitter’s advertising sales and marketing units. Among those who have exited are Chief Customer Officer Sarah Personette, Chief Marketing Officer Leslie Berland, and Jean-Philippe Maheu, Twitter’s vice president of global client solutions. Those executives helped reassure advertisers that their ad dollars were being spent wisely and appropriately on Twitter. (read more)

Fascism was traditionally defined as an authoritarian government working hand-in-glove with corporations to achieve objectives. A centralized autocratic government headed by a dictatorial leader, using severe economic and social regimentation, and forcible suppression of opposition.

That system of government didn’t work in the long-term, because the underlying principles of free people reject government authoritarianism.  Fascist governments collapsed, and the corporate beneficiaries were nulled and scorned for participating.  Then, along came a new approach to achieve the same objective.

The World Economic Forum (WEF) was created to use the same fundamental associations of government and corporations.  Only this time, it was the multinational corporations who organized to tell the government(s) what to do.

The WEF was organized for multinational corporations to assemble and tell…