Which Destroyed the so-called “Red Wave.” 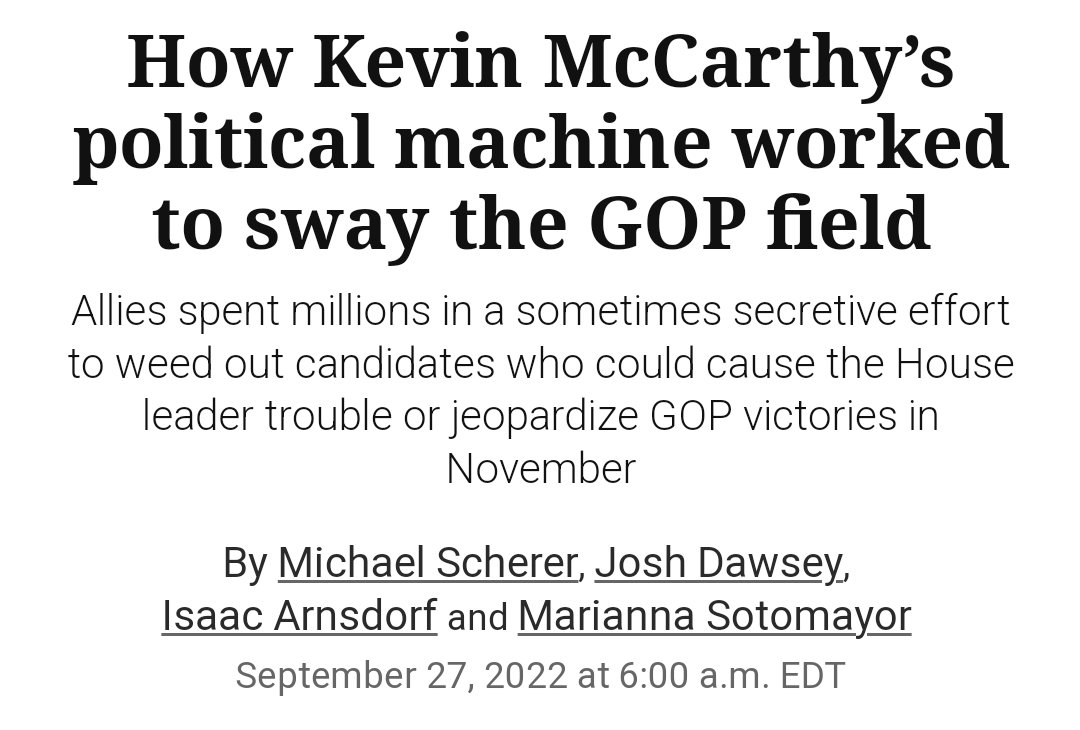 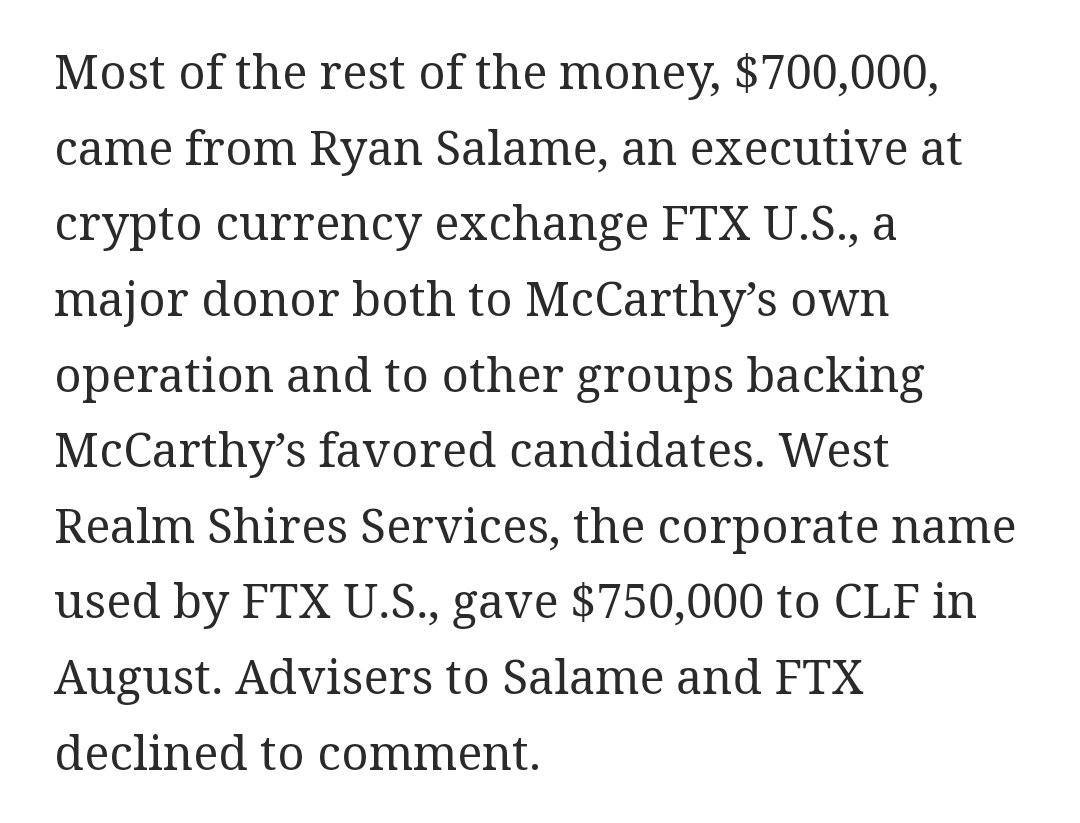 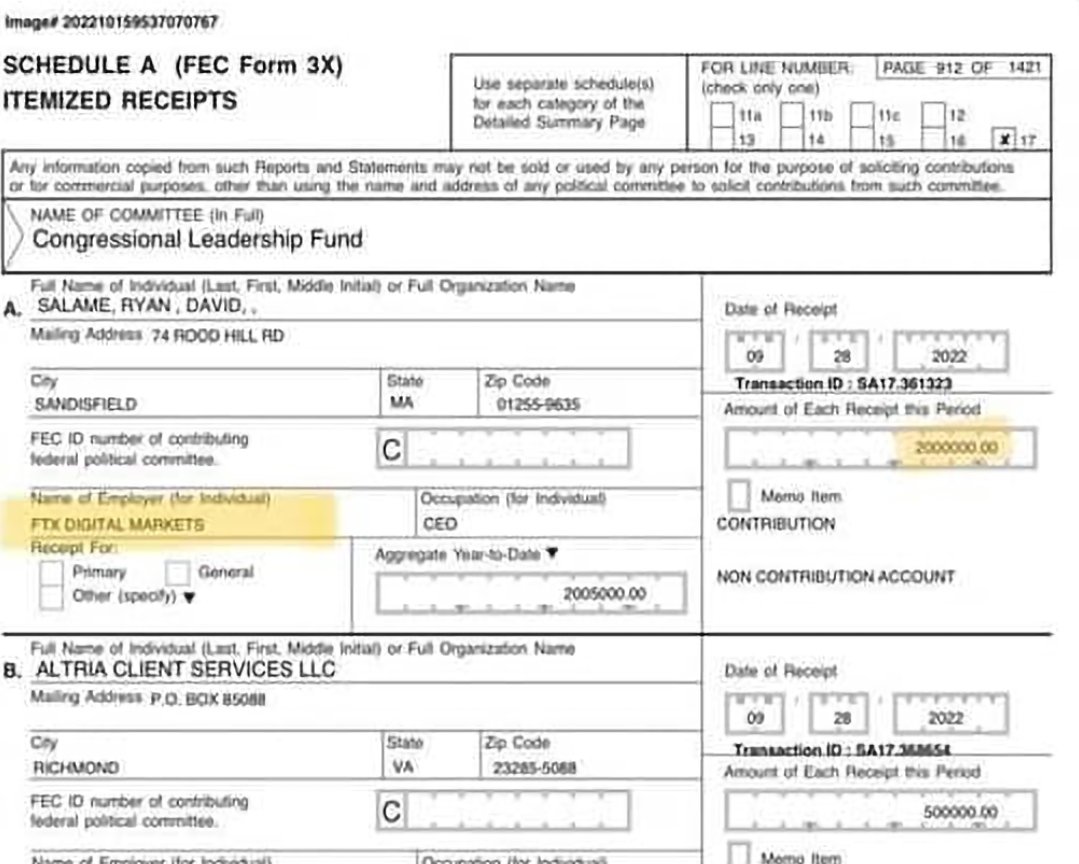 WaPo reported back in September that McCarthy’s plan of defeating conservatives was going to deliver him “a more functioning GOP caucus.”

KcCarthy spent MILLIONS in his secretive effort to systematically weed out GOP candidates who could either cause him trouble if he becomes house speaker or — yes — jeopardize GOP victories.

Other candidates McCarthy and his friend #SBF at #FTX targeted include:

GOP leaders gets away with what they call “enforcing unity within his sometimes fractious Republican caucus”.

But is that really what it is?

Many conservatives have questions about whether Kevin is creating unity or merely killing off his political opposition inside the GOP.

.@freedomcaucus has asked for a set of rule changes.