By order of the Fifth Circuit Court of Appeals, Catherine Engelbrecht and Gregg Phillips have been ordered RELEASED from custody, reversing the lower court decision which led to their detention and imprisonment for six days. {Background}

A statement from Catherine and Gregg posted on Truth Social: 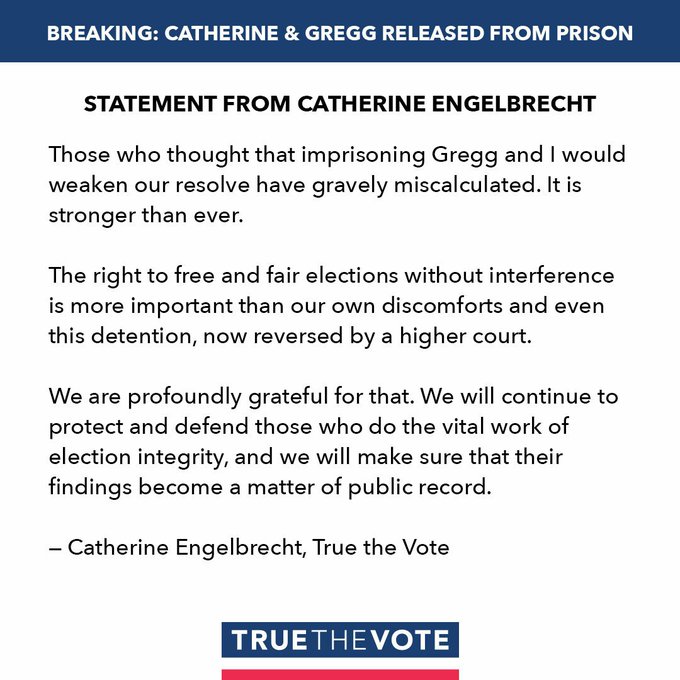 I will look for more details on the Texas Fifth Circuit Court of Appeal decision.

Konnech CEO Eugene Yu was arrested for exploiting access to U.S. election data, including election worker information, and transferring the files to China.

Eugene Yu and Konnech sued True the Vote and are using the U.S. civil judicial system to find out who told the FBI about the Chinese data harvesting operation. Federal Judge Kenneth Hoyt demanded that Phillips and Englebrecht reveal the names of everyone who was present when the original data files were shown to True the Vote.